Back in 2009, BBC's Blue Peter launched a competition for its viewers to create a new TARDIS console to feature in an episode of Doctor Who.

The finalists were announced in 2010, with Susannah Leah in the 11-12 category being the overall winner with her design below: 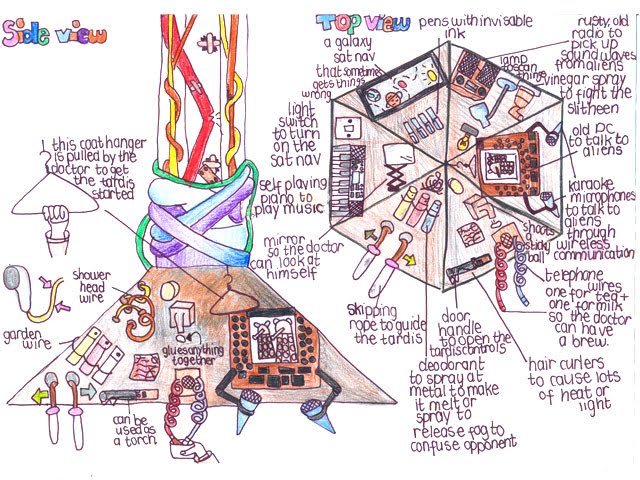 Today's programme will follow up on what happened next with the design:

What's the Tardis doing on the show? Thousands of viewers took part in the programme's competition to design a fresh version of the craft's central console. Now, Susannah Leah gets to see her winning console made into reality by the Doctor Who designers.
Susannah's version has not only been installed in the Tardis, it also gets a starring role in next Saturday's episode.
Blue Peter is on BBC1/BBC1HD at 4:30pm.