Barrowman signed up for Torchwood 4

John Barrowman has said he expects Torchwood is to return for a fourth series as a full 13 episode run. Speaking on Steve Wright in the Afternoon on BBC Radio 2, Barrowman confirmed he was signed up for the long rumoured return, although a production date has yet to be finalised.

He said there are currently no plans for Captain Jack meet to Matt Smith's Doctor in Doctor Who.
Tweet
FILTER: - Torchwood - Production

Doctor Who is celebrated in a new set of commemorative medals struck by the Royal Mint.

The limited edition, gold and silver, medals feature the likeness of David Tennant as well as the Daleks, K-9 and the Tardis.

The Royal Mint of the United Kingdom was founded over 1,100 years ago and is the body permitted to manufacture, coins in the United Kingdom. As well as minting coins for the UK, it also mints and exports coins to many other countries, and produces military medals and commemorative medals. This is the first time that television characters have featured on a Royal Mint medal.

Dave Knight, Director of Commemorative Coin, praised the show's "enduring appeal", calling the Doctor "timeless" while the head of UK Licensing at BBC Worldwide, Richard Hollis said: "David Tennant's performance as the Doctor has been applauded and celebrated across the country and these medals are a fantastic way for fans to collect a lasting memento."
Tweet
FILTER: - Merchandise - David Tennant

Final figures now available for story five of The Sarah Jane Adventures, Mona Lisa's Revenge, give Part One an official audience of 1.12 million , with Part Two getting 0.92 million viewers.

The figures are almost identical to those achieved by the previous week's episodes and triple the average achieved by CBBC in this timeslot. Full ratings data and Audience profile can be found here.

Even though Series Three has now finished its run on BBC One, Sarah Jane continues to rate well with repeats of Series One getting ratings of around 0.6 million in the same slot.
Follow the Doctor Who News Page on

Gadget The Robot has gone on display at the Doctor Who Exhibition in Coventry in the West Midlands.

The exhibition, which has an extended run until January, now features the Robot along with other props and costumes from The Waters of Mars including The Water Zombie and the costume of Captain Adelaide Brooks.

Chief executive of the museum, Gary Hall, said: "The Doctor Who exhibition has been a big hit, with visitors coming again and again to see the exhibition. Getting new props for Christmas provides our visitors with a fantastic opportunity to visit the exhibition during Christmas holidays. We would urge people not to miss out on seeing the fantastic new props and costumes and posing next to Bessie for a photograph."

Note that although there is a charge to see the Doctor Who Exhibition, entry to the general museum is free. Visitors can see Bessie for nothing.
Tweet
FILTER: - Specials - Exhibitions - Series 4/30 Specials

Doctor Who once again graces the front cover of the next issue of the Radio Times (5-11 Dec 2009); this edition features a three page preview for "The End of Time", including interviews with Bernard Cribbins and Russell T Davies who reveals that John Simm is back as the Master, the Doctor’s arch nemesis for nearly four decades.

Davies tells how he wasn't daunted by the inconvenience of having killed off the Master in 2007 – this is sci-fi, after all: “It’s personal for the Doctor. The Master is his enemy, his opposite, and yet so tantalisingly close to being his soul mate. There’s something epic about their sheer existence – the last two survivors of an ancient race. It’s a clash of the titans. Both of them heading for death, and yet both determined to survive – at any cost!”

Radio Times is on sale in the UK from Saturday.

You can find a gallery of previous Doctor Who covers on the Radio Times website.
Tweet
FILTER: - Specials - Magazines - Series 4/30 Specials - Radio Times

The British Board of Film Classification has cleared not only The Waters of Mars for DVD release, but also the two parts of The End of Time.

The Waters of Mars has been given a 12 certificate meaning, in the opinion of the Board, the story is not suitable for anyone under that age. No one under 12 can rent or buy the DVD in the UK.

Both parts of The End of Time get a PG certificate meaning the programme is generally suitable for family viewing, but parents should consider the content before showing it to younger or sensitive children. Details submitted include the running time, which for Part One is 59 minutes 42 seconds with the final Tennant episode clocking in at 72 minutes 47 seconds.

Two new Confidential titles are revealed which are listed in the spoiler box below.

Also cleared is a 21 minute feature Doctor Who at Comic-Con International 2009. This may be a feature to be included in the Specials Box Set. The Comic Con was attended by David Tennant and Russell T Davies and saw the first screening of a promo for The End of Time.

The two Doctor Who Confidential titles revealed are
Lords and Masters
Allons-y
The BBFC has also cleared four items believed to be connected to the mysterious Special Project 3 mentioned by Davies in his production notes in DWM.

Lennon Naked is a 90-minute film charting Lennon's life over the period 1967-1971, as he transforms from "Beatle John" to enduring and enigmatic icon.

Ben Stephenson, Controller, BBC Drama Commissioning says: "Securing Christopher Eccleston to play John Lennon is further testament to the calibre of drama on BBC Four. The Women We Loved season currently on air is attracting record audiences and the channel is steadily building a reputation for portraying some of this country's best loved icons."

Lennon Naked is currently filming in London. The 90-minute drama is written by Robert Jones (The No.1 Ladies' Detective Agency, Party Animals) and will be broadcast in 2010. Full details from the BBC Press Office.
Tweet
FILTER: - People - Christopher Eccleston

ITV Studios has confirmed that Phil Collinson is to join Coronation Street as the show’s new Producer, taking over in the summer of 2010.

Collinson was Producer for Doctor Who from the start of its return to production in 2004 until the end of Series Four. He was one of the main creative forces behind the return, working closely with Russell T Davies and Julie Gardner.

After leaving the series he moved to Manchester as BBC Head of Drama for the region. In his book "The Writer's Tale", Russell T Davies comments that he believes the BBC offered him the Manchester job to prevent losing him to Coronation Street earlier. He will join Coronation Street next March, and after a suitable handover period will take over from current producer Kim Crowther in the Summer.

Speaking of his new role, Collinson said: “I am absolutely thrilled to be joining Corrie, the nation’s favourite street and a show I’ve been a huge fan of all my life . It goes without saying that it’s a tremendous honour to be entrusted with building on Coronation Street’s success and creating the must-see storylines for 2010 and beyond. Kim will be a tough act to follow but I will be working with one of the best teams in the business and I can’t wait to get stuck in.”
Tweet
FILTER: - People

Reader's Digest and Doctor Who Adventures

According to the Reader's Digest, David Tennant has admitted he has “nothing to say” to new Doctor Matt Smith.

Tennant told Reader’s Digest, in an interview for the December issue, that he’d spoken to his successor several times “but there’s nothing to say. I think we both thought we’d be able to exchange lots of ideas. But actually it’s none of my business how Matt does it and nothing I say can really help him.”

Talking about his final foray as the Doctor in this year’s Christmas special, Tennant says “This year we’ve done something different. It is still set in Christmas, but it’s perhaps not got quite as much, er… Christmas cheer as before.” Tennant adds that come Christmas Day he’ll be watching his own send off. “Just to enjoy the moment. It’s my last Doctor Who – it will be nice to witness that.”

Tennant is now the proud possessor of his own sonic screwdriver, the Doctor’s signature gizmo. “I have one of the real things! I’ve only once used it to impress a child. It was a charity thing but it was quite cool. He was only about five, so it was a nice, wide-eyed moment.”

While he “doesn’t have any regrets” about leaving the iconic series Tennant is prepared for the inevitable “pangs of jealousy” once he’s handed over the Doctor’s mantle.

Hinting at possible future plans, Tennant reveals that as a child he loved Marvel’s The Avengers, a comic about a team of crime-fighting superheroes. “It’s yet to be made into a film, although I think there are rumblings. I’d be quite happy to be involved.” Indeed the film is in pre-production, with Robert Downey Jr. and Scarlett Johansson already signed on.


Meanwhile, this week Doctor Who Adventures magazine reveals the ten biggest surprises in Doctor Who. From Rose discovering the TARDIS to the Doctor crashing through a mirror riding a horse – the magazine asks which will come top in this shocking countdown?

You can also find out lots of Gadget facts and how it saved in day in The Waters of Mars. The magazine also has an interview with Sarah Jane Adventures actress Elisabeth Sladen about the two new Sarah Jane Adventures CDs.
Also, free Doctor Who fridge magnets; find out about the eighth Doctor – what was he like and why did he regenerate?; part 2 of life-size Doctor Who poster.
Tweet
FILTER: - Magazines - David Tennant - DWA 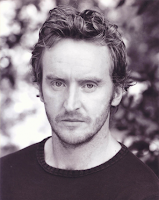 In an interview with the website Bullz-Eye.com, Doctor Who writer Richard Curtis has confirmed the casting of actor Tony Curran in his episode of the forthcoming new series starring Matt Smith as the Doctor. Curtis also confirms the role Curran will be playing in the episode; for the benefit of readers who are avoiding such details this far in advance of the episode being shown, this information is contained in the clickable spoiler box below.

Curtis told the website: "Well, we’ve got a brilliant guy playing Vincent van Gogh – which is who it’s about – who you should look up on YouTube. He’s a guy called Tony Curran, who really could not look more like. He’s a wonderful actor who was in this brilliant movie called “Red Road” that came out, a rather serious movie. But he’s going to be great. I’ve had a lot of fun. We start to shoot in about a month."

Contact Us
On This Day: 7th November
Planet of Giants: Dangerous Journey premiered on BBC One in 1964 at 5:15pm GMT, watched by 8.40 million viewers.

The Zygon Inversion premiered on BBC America in 2015 at 9:00pm EST, watched by 0.91 million viewers.

Barney Harwood will be 43 - 32 credits, including Control Voice in The Infinite Quest