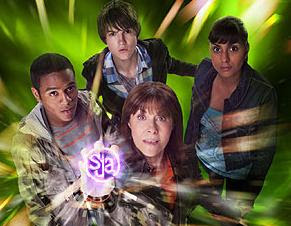 The BBC Press Office has released a video preview of the forthcoming new season of children's programme for the autumn and winter. The third series of Doctor Who spin-off The Sarah Jane Adventures is one of the productions heavily featured, with several clips from the new run of episodes, which begin on BBC One next month. The drama, starring Elisabeth Sladen as former companion Sarah Jane Smith, will feature a guest appearance from David Tennant in one two-part story. This was the final work Tennant completed as the Tenth Doctor, produced after he had finished his final run of Doctor Who specials.